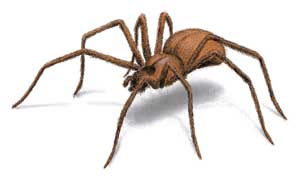 Scientists have discovered 30 new spider species in one of China’s richest biodiversity hot spots. Scientists from the Institute of Zoology with the Chinese Academy of Sciences (CAS) studied the astounding diversity hidden in the depths of the Xishuangbanna tropical rain forests.

Xishuangbanna is situated in the southern part of Yunnan with the Lancang (Mekong) River flowing through it.

The region is well-known for its rich biodiversity and is one of the few places in China that still maintains large tracts of tropical rain forest, which won its reputation as the “Kingdom of Tropical Fauna and Flora”.

Using multiple collecting methods, Professor Shuqiang Li and his team have been collecting samples in an area called Huludao since 2006.

This area has yielded a collection of approximately 700 spider species. Out of this impressive species diversity until now the team has published about 250 new spider species from Xishuangbanna alone, with the 30 currently described being a part of their ongoing work.

However, Li said there are still around 100 new spider species to be published soon.

The research was published in the journal ZooKeys.