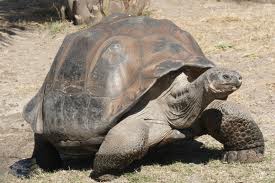 Texonomy- the practice and science of classification(read giving name to a biological-zoolological entity) is a dynamic swirling science.

To give name to such an entity,there is International Commission on Zoological Nomenclature(ICZN).Normally,each of the 40 or so naming disputes the commission considers in a year.

But in case of a tortoise found in the Indian Ocean,dispute generated 80 responses prompting ICZN to study and take a final decision.Now,after 200 years of ambiguity,years of debate and discussions,ICZN has named this tortoise gigantean, term for the Aldabra giant tortoises.

“That species descriptor will be used as part of a two-word Latin name that puts the species into a genus with its near relatives. MeetAldabrachelys gigantean”,reports Science News.

“The issue came to a head in 2009, when Ecuador-based zoologist Jack Frazier, with the Smithsonian Institution’s National Museum of Natural History, asked the commission to recognize gigantea as the valid species descriptor for the tortoise and to use the specimen he described in 2006 for the Smithsonian as the benchmark.

Frazier argued that the term gigantea is now the most commonly used Latin term for the species. At Frazier’s urging, conservationists and other nontaxonomists who use the species name chimed in”,says the report in Science News.