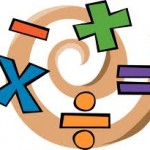 It is said that there is a mathematical representation behind everything in life. Different mathematical algorithms can be used to solve real-life problems. One such is the Steiner Tree algorithm.

At the University of Alberta, Canada, a researcher, Ray Patterson and his colleagues found that a mathematical algorithm discovered by mathematician, Jakob Steiner in the 18th century might help in solving crimes by reducing the time and easing the process of investigating fraud.

Social diagrammatisation during the process of investigation of a crime has been used by many famous authors in their crime novels. In a similar way, the use of mathematics can help establish how some things are interrelated and interconnected to each other.

These networks include roads, family trees, social networking sites and so on. The theories and algorithms make use of the fact that it is in sync with nature to use a path that is least inconvenient and offers the least resistance. It is economical, i.e., time and energy saving.

This theory was first used by mathematician-physicist, W.R. Hamilton in order to solve problems in mechanics, and he claimed that nature took the most economical path. When the major cities across the world went through a massive developmental spree, it was seen that the problems affecting them were more or less the same.

One of these problems was the Steiner Tree problem which required the establishment of the shortest distance between a given set of points or places. When additional points were set up for convenience, they were known as Steiner’s vertices. This system is used in designing integrated circuits, for aircraft routing and computer networks.

It is now also being used for the quick and efficient deployment of law enforcers and positioning them for the greatest convenience based on the areas of criminal activities.By this mathematical algorithm, the networks of the perpetrator or the fraudster can be studied and patterns can be established between contacts and unnecessary links eliminated. This is considered to be the modern-day version of the classic investigative method facilitating quizzing neighbours and other contacts that might help nab the suspects.