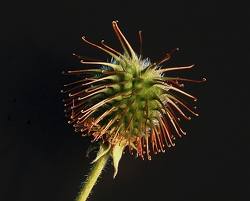 The history of science is full of inventions showing how man has mimicked the mother nature to benefit from it.Here are some examples:

Now when biomimicry is studying nature for inspiration to find ways to solve problems faced by mankind,one conclusion can safely be drawn.Which is this : copying the nature to solve an engineering or design problemhas led to creation of artificial structures and models.

Recognising this,European Biomimicry Innovation and Financial Summit was held in Zurich, Switzerland with an aim to sponsor and create innovative, energy efficient, radical resources based on nature’s designs and principles for an over-all sustainable development.

A common example of biomimicry is visible in the form of Velcro-(the hook-and-loop fastener conceived in 1941 by Swiss engineer, Georges de Mestral who lived in Commugny, Switzerland.The idea came to him on return from a hunting trip with his dog in the Alps after the burrs –seeds- of burdock kept sticking to his clothes and his dog’s fur.He examined them under a microscope, and noted their hundreds of “hooks” that caught on anything with a loop, such as clothing, animal fur, or hair.He saw the possibility of binding two materials reversibly in a simple fashion if he could figure out how to duplicate the hooks and loops.This inspiration from nature or the copying of nature’s mechanisms -called bionics or biomimesis- is viewed by some like Steven Vogelor Werner Nachtigall as a key example.)

More,the shape of the nose of Japan’s bullet train was inspired by the Kingfisher’s beak due to the bird’s ability to overcome certain changes in resistance as it can dive from a low-resistance medium (air) into a high-resistance medium (water) with ease.

The termite mound inspired an architect, Mick Pearce, to design a building in Zimbabwe that would not require air-conditioning and reduce the electricity charges to about one-tenth of an air-conditioned building of the same size. The termite mound is kept cool by a system designed by insects that allows the air to be circulated from the base of the mound.

The slimy growth of microorganisms on the hulls of ships creates a lot of nuisance. To overcome this problem, sharks were studied. It was found that there is a microscopic tooth-like pattern present on their scales that does not allow microorganisms to adhere to their body. This design was then used in ships, thereby reducing ‘fouling’ to a great extent. This design was also used in various materials used in hospitals to prevent the spread of harmful bacteria and reduce the spread of hospital-acquired infections.