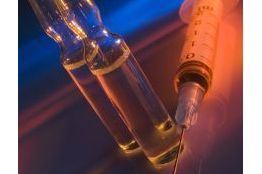 National Institute of Allergy and Infectious Diseases’s Director Anthony S.Fauci today congratulated the Program for Appropriate Technology in Health (PATH), Bharat Biotech International, Ltd., and the scientists, government and people of India on the important results from the ROTAVAC rotavirus vaccine study.

He said that contagious rotaviruses are the leading cause of severe diarrheal illnesses among infants and young children in both developed and resource-limited countries. Each year, rotavirus-induced diarrheal disease kills roughly 435,000 children younger than 5 years old and hospitalizes an estimated two million children worldwide, largely in developing countries. The youngest children — those between 6 months and 2 years of age — are most vulnerable,he added.

In fact,since 2006, two oral rotavirus vaccines have been licensed and available in North and South American, European and Eastern Mediterranean countries, where they have significantly reduced the burden of rotavirus-induced diarrhea,said Fauci.

“Based on that success, the World Health Organization recommended in 2009 the inclusion of rotavirus vaccine in all national immunization programs. However, access to vaccines can be slow and limited in the areas of the world where they are needed most”,he said.

He said:“ROTAVAC is a new rotavirus vaccine that consists of a strain of the virus that was isolated, manufactured and tested in India. The ROTAVAC trial represents a significant victory for India’s scientific community. Based on the study’s successful findings, infants in India will gain access to a licensed vaccine and its significant protection against severe rotavirus-induced gastroenteritis.”

Further he said that NIAID had provided the 116E vaccine strain — the particular strain tested in the ROTAVAC vaccine trial — to Bharat Biotech through a technology transfer agreement in 2000. The company adapted the strain and produced the investigational vaccines for both animal and human clinical studies.

“NIAID, with gift funds from PATH, further sponsored Indian investigators and their U.S. collaborators for three Phase I studies in India involving the live, attenuated (weakened) 116E rotavirus vaccine and provided clinical site monitoring for these trials. The results of these studies, which were conducted among adults, children ages 2 to 12 years, and infants ages 6 to 9 weeks, provided the basis for Bharat to further develop the vaccine. NIAID provided biostatistical vaccine development, regulatory affairs and clinical operations support for the later-stage clinical trials and sequenced the 116E strain’s genome in 2008”,he said.

He said:”We are deeply gratified to have played a role in establishing the safety and efficacy of the ROTAVAC vaccine. No infant or child should die as the result of rotavirus-induced severe diarrhea. NIAID is proud to be among the scientific partners who have worked over the past decades to potentially make that affliction a thing of the past for the children of India.”