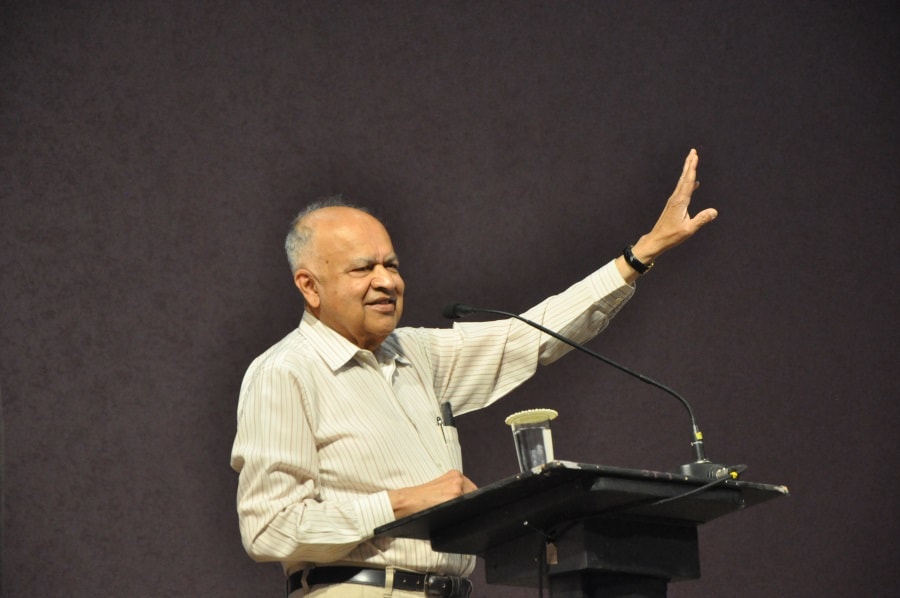 While lecturing and answering questions,Professor Narlikar recalled that when he was 25 years of age,he had seen the sun rise in the west while travelling on a jet plane.

"I saw this strange phenomenon while I was travelling from London to Chicago on december 14,1963,on a jet plane.It was around dusk when my companion and I noticed the position of sun closer to the west horizon,and the sun was going up",he recalled.

And then Dr Narlekar explained that the science behind it to the jam packed -auditorium at the Aryabhatt Auditorium at the Ranchi University.He said,"We all know that sun rises in the east and sets in the west,and the earth spins on its axis from west to east.

Explaining why this happened,Dr Narlekar said that that day his jet was at 60 degree latitude near Greenland and the plane exceeded the speed of rotation of the earth on its axis.So the sun was found moving from west towards east,he pointed out.

Further,he explained that the circumference of earth at equator is 40,000 km and by dividing it with 24 hours(earth completes its rotation in a day),it comes out to 1,667 km.This reverse phenomenon happened at 60 degrees latitude because their jet plane managed a speed of 833.5 km which is half of circumference of the earth.

Dr Pandey said, "It's an honour for the university to have Padma Bhuhan Dr Narlikar as our chief guest on the convocation day."