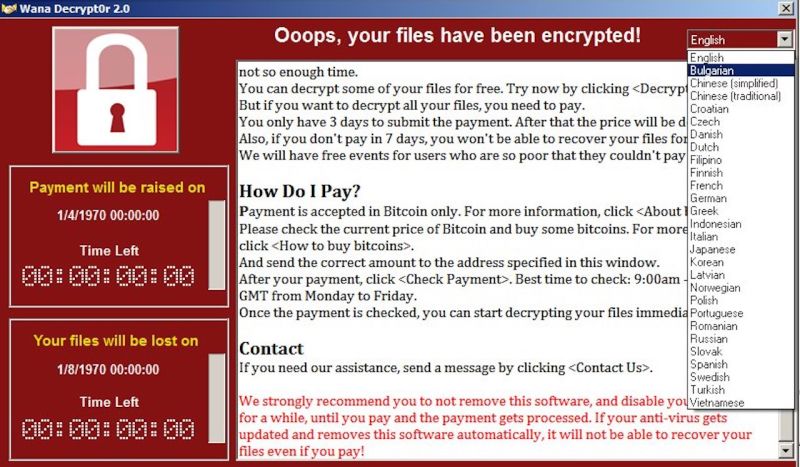 On Friday the world witnessed a cyber attack affecting computer systems across several countries,especially England and Scotland. In these countries the National Health Service(NHS) was very badly affected.It is reported that many hospitals were forced not to attend to their patients,cancel appointments and defer surgeries.Some other affected countries such as Spain and Russia suffered from similar consequences.

The main cause responsible for this cyber attack is being attributed to a malware or malicious computer program named 'Ransomware'.

According to Wikipedia, Ransomware is a malicious computer program that installs covertly on a victim's device like computers,smartphones etc.Once installed, it either encrypts the computer data and holds the victim's data
hostage or threaten to publish victim's data until a ransom is paid usually by the popular digital currency called 'Bitcoins'.

Hence it is a denial of service type attack.

Its reported that the attack infected only those computer systems which had older version of Microsoft Windows Operating System and did not install the mandatory
security patch that was released by Microsoft to address this vulnerability some months ago.

Cyber Security experts are of the opinion that in order to avoid such type attacks in future, users must use only original software and mandatorily install update patches if there are any, released by the software company.