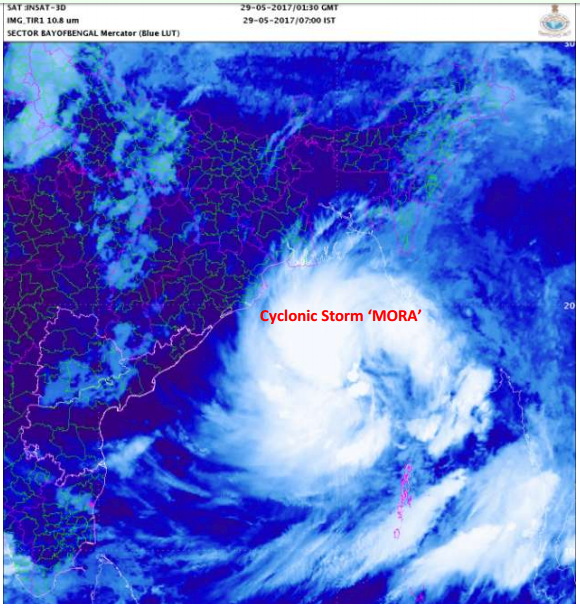 A cyclone storm 'MORA' was formed causing a scale of storm lying centred over its east-central part of Bay of Bengal.

The Indian Meteorological Department has warned that the it may further intensify into a severe cyclone in the next 12 hours. The cyclone is likely to move north-north eastwards towards Bangladesh.

The storm,according to the forecast, will result in squally winds with speed reaching upto 40-50kmph gusting to 60 kmph along & off Andaman Island and adjoining sea areas.

The met department has also issued warning to fishermen not to venture out into the sea as the sea would be very rough along & off Andaman island.What is going to be its impact on Bihar-Jharkhand remains to be seen.

In any case,the cyclone is likely to help pull in the monsoon faster towards the mainland.

As a precursor to monsoon, several parts of India reeling under severe heat wave like condition as well as receiving rainfall in some parts of the country.

So far about 11 lightning & rain-related deaths have been reported from Bihar.