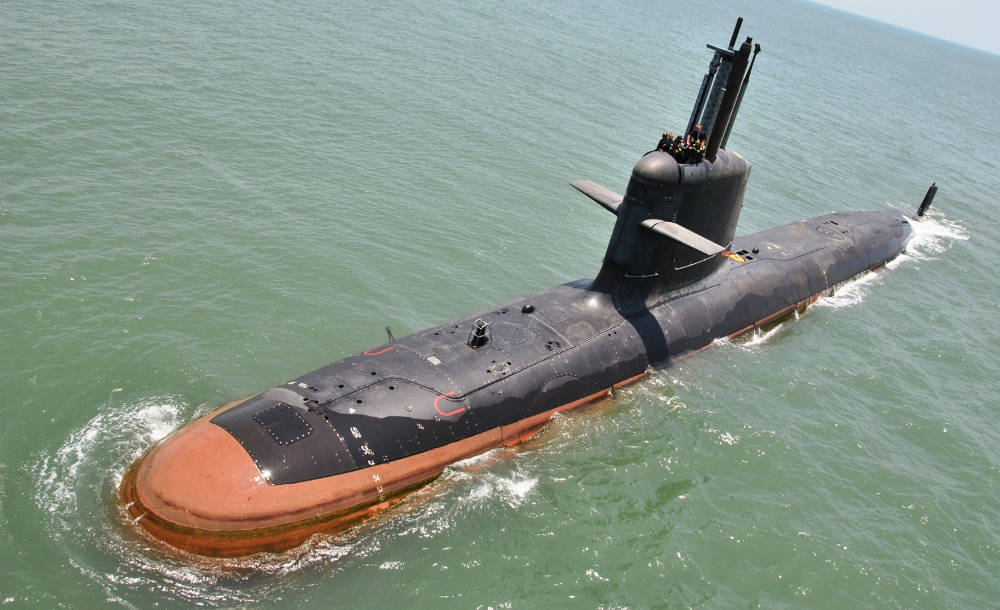 Good news is : Naval commanders are awaiting to receive the delivery of a Scorpene Class Submarine 'Kalvari' (named after a deep sea tiger shark).

Kalvari is one of the 6 Scorpene class submarines being built at Mazagon Docks in Mumbai under Project-75.These submarines are being built under technology transfer agreement from DCNS of France.

Every body knew that Indian Navy was in the urgent need of modern & lethal submarines as some of the existing ones are at the end of their service life.

"Kalvari is going through its final phase of trials and we are hopeful that in July-August we will take delivery,”  said Navy Chief Admiral Sunil Lanba on Wednesday.

Reports claim that INS Kalvari is a diesel-electric hybrid 'Attack Submarine'.It would be armed with lethal torpedoes and anti-ship missiles.It would have a range of about 12,000 km when surfaced and about 1,020 km when submerged.

Currently, the submarine is undergoing extensive sea trials before it is inducted into the Indian Navy.It may be remembered that on 2nd March 2017, INS Kalvari test fired a Exocet SM39 Block 2 anti-ship missile in the Arabian Sea.While on 26th May 2017, it test fired a torpedo.According to reports, both the tests were 'successful hit'.