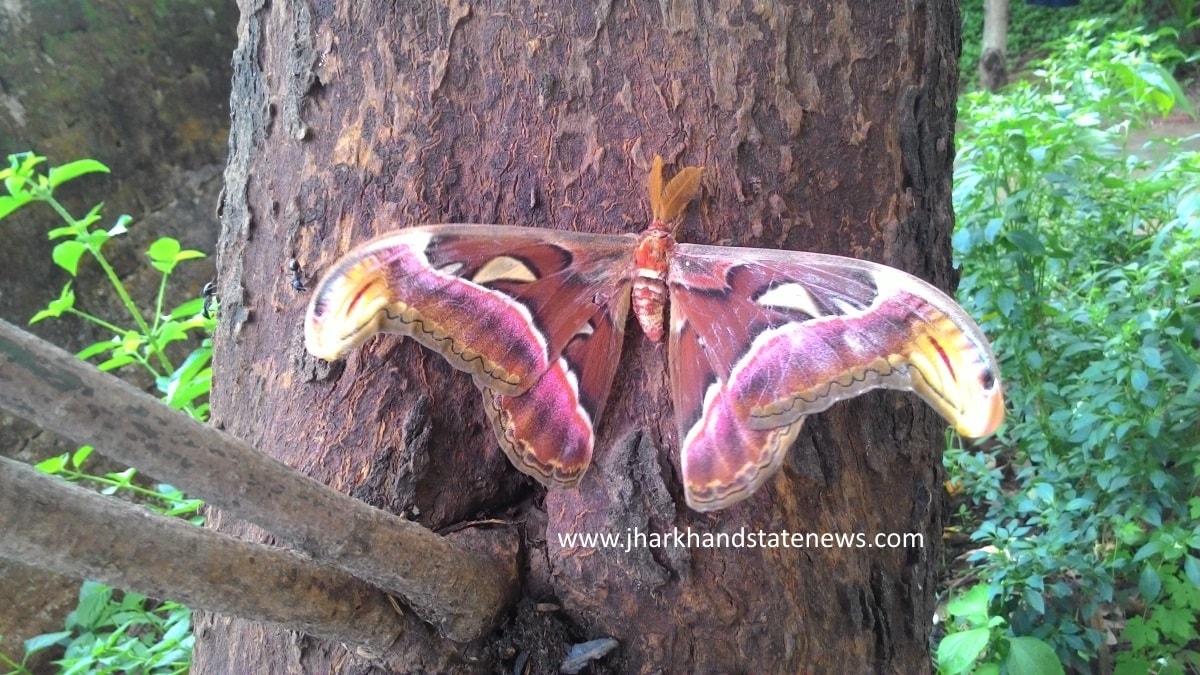 In one of the branches of a mango tree,stood a huge living body like a butterfly.It was an amazing sight.Soon,it flew and appeared near my room.

Since it was an opportunity to record its presence,I grabbed a ruler,held a mobile phone and, as it arrived at the spot,I looked at it again.Seconds later,I clicked some pictures of this 'butterfly.'

Next,I proceeded to gently measure its wingspan with the ruler.Its size measured a whopping about 20cms!.

With eyes revolving around it,my parents informed and educated me that it was not a butterfly.Instead it was a moth.So because,my father told me,it was a rare variety of moth which converts iteself into a cocoon- source of famous Tasar silk.

Tasar silk is produced from the larvae of 'Antheraea Mylitta' silkworms.These silkworms live on trees like Arjuna, Asan, Jamun and so on.Each eats the leaves of the tree they live on.These silkworms form cocoons.Tasar silk is harvested by dipping the cocoons in boiling water, and then silk yarn is extracted from them.

As it is,the incident took place in Khunti,centre of Chotanagpur division in Jharkhand where Tasar silk production originated in India.Tasar culture is a way of life for the tribals and forest dwellers of this state where the state run PSU-Jharcraft promotes it by selling its products-Saree,Kurta,etc.

Inside forest,there are mainly two species of trees-Arjuna (Terminalia Arjuna) & Asan (Terminalia Tomentosa),each a breeding ground for the moth producing the cocoon from which Tasar yarn is reeled.

In the forest of neighbouring West Singhbhum district,zoom around this Tasar silk producer in Jharkhand.Jharcraft ought to train the forest dwellers to give boost to Tasar silk industry in the interest of Nature in grip of climate change and deforestation.