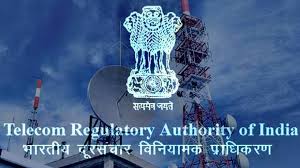 The Telecom Regulatory Authority of India (TRAI) has  released its Recommendations on "Net Neutrality" today.  These recommendations are the result of a long, multistage consultation process.

TRAI first decided to deal with the issue of differential pricing of data access.  Accordingly, after following a public consultation process, TRAI issued the “Prohibition of Discriminatory Tariffs for Data Services Regulations, 2016” on 8.2.2016.  Subsequently, Department of Telecommunications (DoT) vide letter dated 3.3.2016 sought TRAI’s recommendations on net neutrality including traffic management and economic, security and privacy aspects of OTT services, apart from other relevant standpoints as covered in the consultation paper dated 27.3.2015.  TRAI considered the matter and decided to deal with the issue of Net Neutrality first.  The recommendations released by TRAI today are an outcome of this decision.

2.         In arriving at these recommendations, TRAI first issued a pre-consultation paper on May 30, 2016, aimed at identifying the key issues, and followed it up with a detailed consultation paper on January 4, 2017 that focused specifically on questions of requirements, design, scope and implementation of a Net Neutrality framework in India. In response to this, TRAI received 61 comments, 8 counter comments from a variety of stakeholders. This was followed by three open house discussions in Mumbai, Bangalore and Delhi.

a)         The licensing terms should be amplified to provide explicit restrictions on any sort of discrimination in Internet access based on the content being accessed, the protocols being used or the user equipment being deployed.  Content would include all content, applications, services and any other data, including its end-point information, that can be accessed or transmitted over the Internet

c)         The service providers should be restricted from entering into any arrangement, agreement or contract, by whatever name called, with any person, natural or legal, that has the effect of discriminatory treatment based on content, sender or receiver, protocols or user equipment.

d)        The scope of the proposed principles on non-discriminatory treatment apply specifically to “Internet Access Services”, which are generally available to the public.

e)         In order to remove any ambiguity, Internet Access Services have been defined.

f)          Specialised services, i.e. services other than Internet Access Services, which are optimised for specific content, protocols or user equipment, and where the optimisation is necessary in order to meet specific quality of service requirements shall be exempted from the principles of discriminatory treatment.

h)         Internet of Things (IoT), as a class of services, are not excluded from the scope of the restrictions on non-discriminatory treatment. However, critical IoT services, which may be identified by DoT, and which satisfy the definition of specialised services, would be automatically excluded.

i)           Content Delivery Networks (CDNs), which enable a Telecom Service Provider (TSP) to deliver content within its network without going through the public Internet, are exempted from the scope of any restrictions on non-discriminatory treatment.

j)           The Internet Access Service Providers may take reasonable measurements for traffic management, provided the same are proportionate, transient, and transparent. They may also take reasonable measures to preserve integrity and security of network, for provision of Emergency Services, implementation of an order of the court or direction of the Government, or in pursuance of an international treaty.

k)         TSPs shall be required to declare their Traffic Management Practices (TMP), as and when deployed and the impact it may have had on the users. The disclosure requirements shall also include information about specialised services, direct or indirect arrangements entered into by them.

l)           For monitoring and investigation of violations, a collaborative mechanism has been recommended to be established in the form of a multi-stakeholder body comprising members representing different categories of TSPs and ISPs, large and small content providers, representatives from research and academia, civil society organisations and consumer representatives. This body, which would be responsible for developing technical standards pertaining to monitoring of TMPs and enforcement of the principles on non-discriminatory treatment and making appropriate recommendations to the Authority. The Government/ Authority shall reserve the right to seek any information from the committee, investigate its conduct to ensure transparency and fair treatment to all its members, and issue appropriate regulations, directions, orders or guidelines, as and when needed.

m)       These recommendations are being made without prejudice to the powers and functions conferred upon the Authority as per TRAI Act, 1997.  Therefore, pending the consideration of these recommendations, the Authority may regulate the manner in which the current licensing requirement of unrestricted access to all content on the Internet is implemented and enforced. The Authority may also frame regulations or take other measures, as and when deemed necessary.