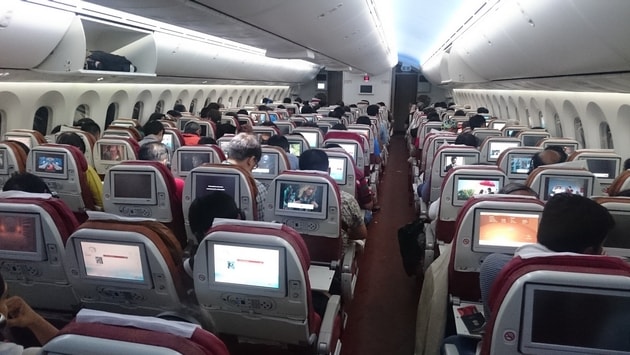 Keep seated on a flight in the sky and use mobile to make calls in the air.This is not a dream.

In fact, the Narendra Modi government has approved a proposal to allow calls and internet services on the aircraft and the same is expected to become a reality soon.

"It may take 3-4 months to roll out the reform", said a senior Telecom officer in New Delhi.

As per the report, the high-powered inter-ministerial  Telecom Commission, headed by Telecom Secretary Aruna Sundararajan, had approved the proposal allowing passengers to use smartphone once the aircraft achieves a height of 3,000 meters.

“The services can be rolled out over the next 3-4 months as arrangements will need to be made between telecom companies, airlines and other intermediaries involved in the process,” Sundararajan is quoted having said.

The measure was earlier approved by telecom regulator TRAI led by RS Sharma.In accordance with the approved plan, consumers will need to pay additional tariffs for availing in-flight connectivity, though telcos may gradually throw-in bundled packages to attract frequent fliers.