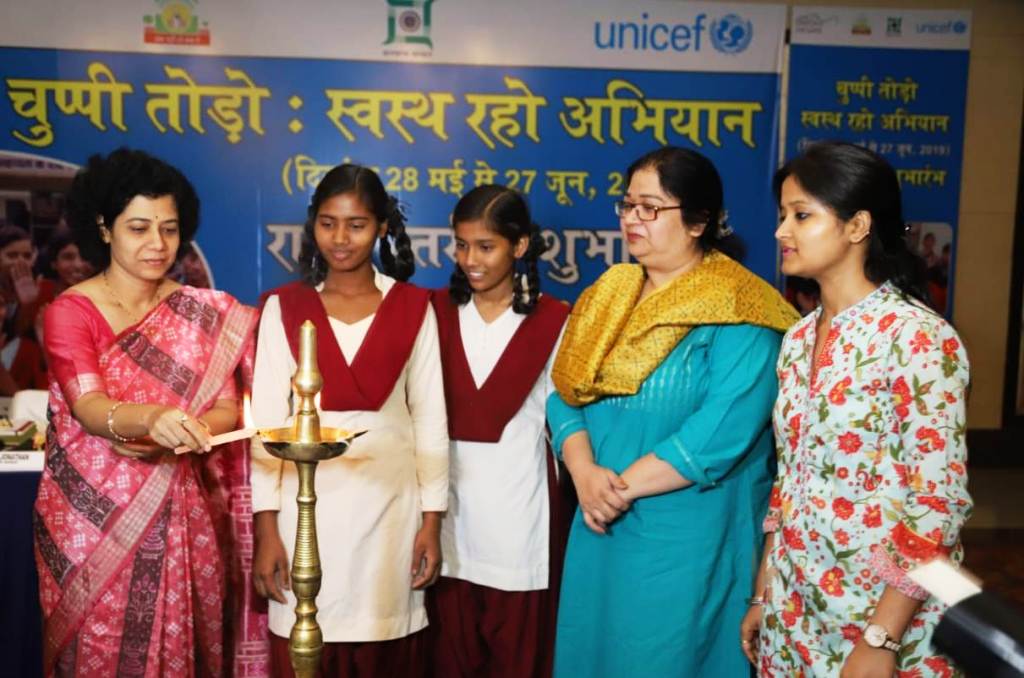 Aradhna Patnaik, Secretary, Department of Drinking Water and Sanitation said that most of the problems related to menstruation in adolescent girls are due to lack of information. She said that menstruation is a normal process that every woman has to go through each month. For this many misconceptions are in the minds of people, which we can overcome by spreading awareness. A number of steps are being taken by the Clean India Mission and UNICEF to make women and adolescents aware of this. Mrs. Patnaik was addressing the one-day workshop along with the launch of the Health Campaign 'break the silence and live healthy' organized by the DWSD Department today. IEC kit was also released by Mrs. Patnaik in this workshop.

The secretary said that the campaign will continue till 27 June 2019 from 28 May 2019. Under this campaign, the menstruating awareness campaign will be launched between Panchayat and village level groups and also the work will be done to make people aware by running training programs in different health / Anganwadi centers, educational institutions and panchayat buildings. Under this campaign, a group of Kishor Didi and Bhaiya will be formed and they will be trained for the awareness campaign.

On this occasion, Sameer Kumar, Joint Secretary, Government of India, M.D.W.S, informed about various programs for MHM (Menstrual Hygiene Management) being run by the Government of India through the presentation. He said that every district has to promote the production of sanitary napkins so that it can be made available to women safely at the right price. With the cooperation of Rani Mistry awareness can be spread easily to remote areas and they can also help in the production of sanitary napkins.