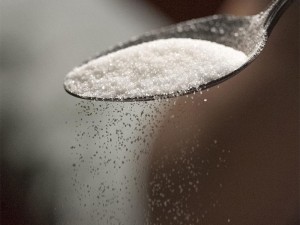 Reducing the intake of sugar may significantly help in recovering from liver damage caused by a diet high in fat, sugar and cholesterol, a new study has claimed.

Researchers found that a diet with reduced fat and cholesterol helped, but did not fully resolve liver damage that had already been done – damage that in turn could lead to more serious health problems, such as cirrhosis or even cancer.

Scientists studied two groups of laboratory mice that had been fed a ‘Western diet’ and then switched to different, healthier diets, low in fat and cholesterol.

Both of the improved diets caused health improvements and weight loss. But one group that was fed a diet still fairly high in sugar – an amount of sugar comparable to the Western diet – had significantly higher levels of inflammation, oxidative stress and liver fibrosis.

“There is a lot of interest in finding ways to help the liver recover from this damage, but this research suggests that diets lower in fat and cholesterol, even if they help you lose weight, are not enough,” said Donald Jump from Oregon State University in US.

“For more significant liver recovery, the intake of sugar has to come down, probably along with other improvements in diet and exercise,” he added. The findings were published in the journal PLOS ONE.