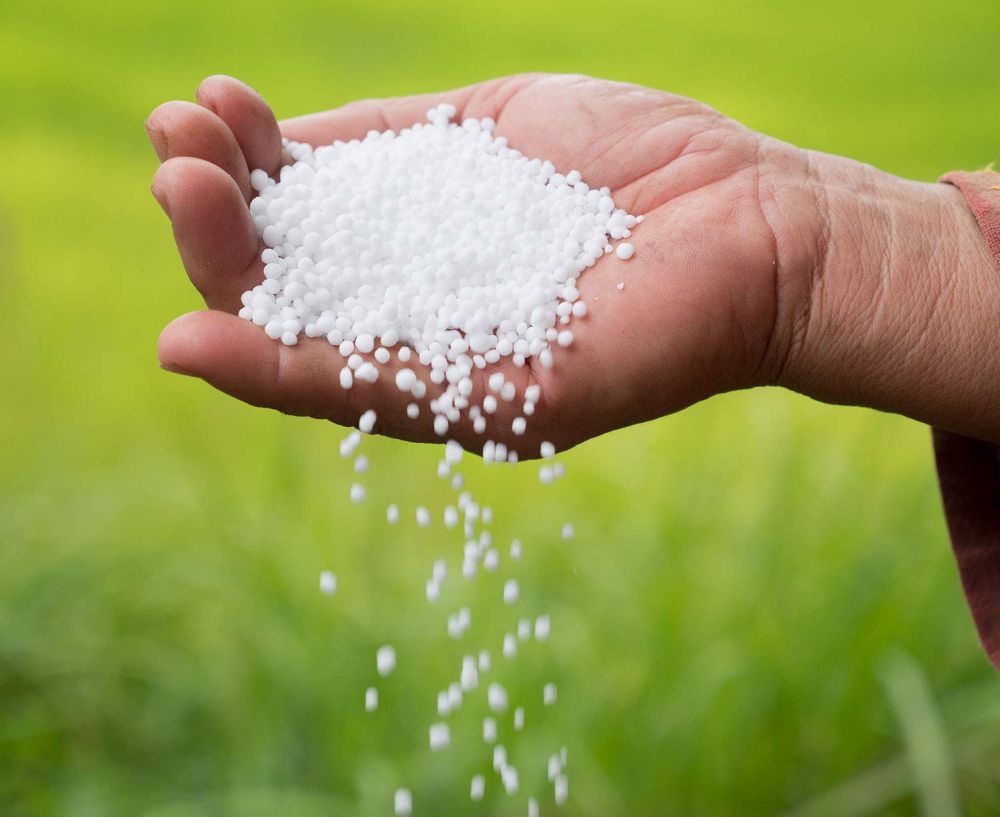 Nano urea has been developed for farmers in India.It is set to revolutionise farm production of quality crops.

Features of Nano urea in brief are as follows.

• Nano urea is a nanotechnology based revolutionary product developed with the inspiration of our Prime Minister Narendra Modi.

• Nano Urea effectively fulfils the nitrogen requirement of the plant. It has a  nutrient use efficiency (NUE) of more than 85% With the application of Nano Urea (liquid) on all crops, the injudicious use of chemical fertilizers like urea can be reduced by 50%.

• One bottle of Nano Urea is equivalent to one bag of urea. Its application can effectively lead to reduction in soil, water and air pollution which happens due to overuse of chemical fertilizers both at production and consumption levels.

• Nano fertilizers were validated for bio-safety and bio-toxicity as per the “Guidelines for Evaluation of Nanobased Agri Input and Food Products in India” of Department of Biotechnology (DBT), Govt of India.

• The commercial production of Nano Urea commenced on 01st August, 2021.

• To boost the indigenous production of Nano Urea, two Central Public Sector Undertaking (CPSU) namely National Fertilizers Limited (NFL) and RashtriyaChemicals and Fertilizers Limited (RCF) has signed Non Disclosure Agreement (NDA) & Memorandum of Understanding (MoU) with IFFCO to transfer the technology of Nano Urea . The details of eight NanoUrea plants are as under:- 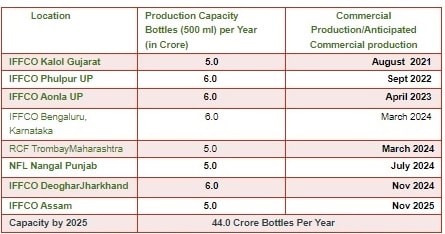 • By 2025, through 8 urea plant we will produce 44 crores Nano Urea Bottles per annum which will be equivalent to 200 LMT of conventional urea.

• Government will save Foreign Exchange of Rs. 40000 crore approximately per annum.

• With the introduction of Nano Urea, the import of Urea may not be required after 2023-24.

• The introduction of New plants in this sector will truly revolutionize the Urea Sector making agriculture in India “Atmanirbhar” thus reducing dependence in Urea.

• Nano urea is eco-friendly as it leads to less soil, air and water pollution. It is also safe for human, Flora and Fauna. Due to targeted foliage application, there is no wastage of Nano urea.

• Nano Urea is cost and energy effective and resource friendly.

• Nano Urea leads to increase in farmers’ income due to:​​

• Average of Rs. 4000/- per acre increases in the income of Farmers by using Nano Urea.

• When Nano Urea is used, the nutritional quality of harvested produce is better in terms of protein and nutrient content​

• It will reduce the transportation cost and will benefit to small farmers immensely.

• Nano Urea is widely being accepted by the farmers. It is noted approximately 390 Lakh Nano Urea bottles have been dispatched to different parts of country. Out of which 287 Lakh Nano Urea have been sold out which is equivalent to approx. 13 LMT of Conventional Urea.

• A statement regarding State-wise Dispatch & Sales of Nano Urea (in Bottles) as on 30th June, 2022 is annexed. 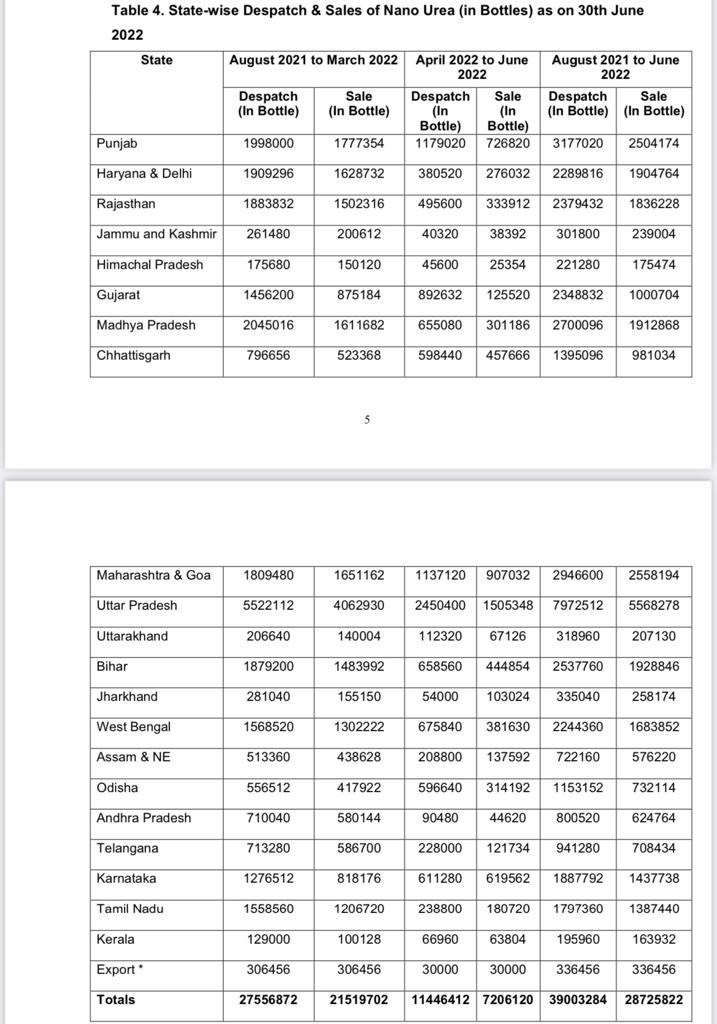