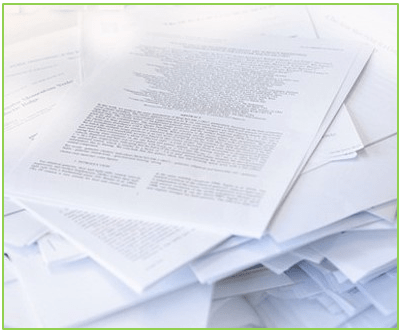 Union Science and Technology Minister Dr Jitendra Singh says, India has jumped from 7th to 3rd global ranking in scientific publications. He has lauded the consistent efforts of India's scientific fraternity and gives all credit to an enabling milieu in the country.

At a review meeting of DST senior officials recently, Dr Jitendra Singh informs that India now ranks 3rd in terms of the number of PhDs in science and engineering.

DST is likely to get 20 percent more money in the upcoming Union Budget 2023-24 in comparison to last year India has jumped from 7th to 3rd global ranking in scientific publications.

He said, the very fact that such quantum leaps in our scientific pursuits are happening only in the last few years is a testimony to the push given by PM Modi both in terms of the ease of policy as well as his personal indulgence and prioritisation.

Dr Jitendra Singh informed that as per the National Science Foundation (NSF)’s Science & Engineering Indicators 2022 report of the United States, India’s position globally in scientific publications, has improved from 7th position in 2010 to 3rd position in 2020.

Dr Jitendra Singh said, this became possible only because of Prime Minister Narendra Modi, who not only has a natural predilection for science but is also forthcoming in supporting and promoting science and technology-based initiatives and projects in the last 8 years. He said, India's scientific prowess is going to have a major role in the making of “Atma Nirbhar Bharat ''.

Dr Jitendra Singh said, India’s research performance in science and technology has improved significantly over the past few years which is visible through a large amount of scientific knowledge in terms of research publications, development of technologies and innovations contributing to overall development.

Dr Jitendra Singh also took pride that India now ranks 3rd in terms of the number of PhDs in science and engineering. He was also apprised of the fact that the number of patents granted to Indian scientists at the India Patent Office (IPO) during the last three years has also increased from 2511 in 2018-19 to 4003 in 2019-20 and 5629 in 2020-21.

The National Science Foundation is an independent agency of the United States government that supports fundamental research and education in all the non-medical fields of science and engineering.

It may be recalled that as per the Global Innovation Index (GII) 2022 brought out by World Intellectual Property Organization (WIPO), India’s GII ranking has also improved significantly from 81st in 2014 to 40th position in 2022.

Dr Jitendra Singh said, the government has taken several steps to boost the science and technology sector which includes a successive increase in allocations for Scientific Departments, incentivizing investment by the private sector to increase their share in GERD, improving the ease of doing business in the Science, Technology and Innovation (STI) activities; introducing flexible tools for public procurement; creating avenues for collaborative STI funding through portfolio-based funding mechanisms such as Public-Private-Partnerships and other innovative hybrid funding mechanisms.

A senior official informed that the Department of Science and Technology is likely to get 20 percent more money in the upcoming Union Budget 2023-24 in comparison to last year.

The Government has allowed the corporate sector to make R&D investments under the provision of Corporate Social Responsibility (CSR). Corporates can invest in technology business incubators or contribute in research efforts carried out by institutions and national research laboratories as a part of their CSR. There are specific investment incentives offered such as Location-based tax incentives that enables 100% deductions of profits generated from establishing and doing business in northeastern states of India.