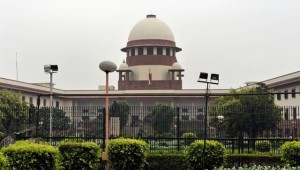 In a move initiated by a registered body called Bharatiya Suraaj Dal(BSD) claims to welcome the Superem Court’s initiative to provide relief to Muslim women.

“BSD has taken note of the decision of the highest judiciary-Supreme Court to initiate scanning of the Muslim personal law that grossly discriminates against women in some matters, especially through its practices of polygamy and instant and unilateral talaaq or divorce by men.

The news has come as a great relief to half of the Muslim population, i.e. Muslim women, and also at least 70% of Muslim men, who consider the practices of instant unilateral talaaq and polygamy as grossly unfair.

The Quran does not prescribe the kind of talaaq practiced by Moslems. It does allow Moslems to marry up to four women, but does not make it a must. In addition, when this was allowed, the practice has a valid reason.

The place where Islam arose was a place of warring tribes, and as a result of wars, while women survived, a large number of men lost their lives. The result was a large number of orphaned women and widows with no body to look after. The only way to save their lives and honor was to allow a man to marry up to four women. But today those circumstances are history now.

The BSD finds it extremely unfortunate that the judiciary had to intervene to take up these long pending issues having bearing on the fundamental rights of Moslem women, and that the BJP Government, which enjoys a clear majority now the in Lok Sabha did not initiate a legislation to deal with the matter.

Government’s musts learn to govern without fear or favour, which means delivering justice to all, and removing grossly unfair practices irrespective of which caste, creed or community they pertain to. There are few Muslims who have two or more wives in actual practice, but, in principle, the practice is grossly unfair to women. Gandhi had rightly said that an ounce of action is better than a ton of words.

The BJP has produced tons of words on uniform civil code but not produced an ounce of action in spite of being in majority, which shows that it dons the mask of a lion but has the heart of a rabbit. For harnessing Hindu votes, it is organizing unnecessary communal disturbances disturbing social harmony, but not addressing the real issues. If the Congress party did gross injustice to womankind by reversing the Shah Bano Judgment through an act of the Parliament, the BJP has been guilty of legislative inaction of these crucial issues.

The party welcomes the support extended by Islamic Scholar Tahir Mahmood to the Supreme Court move, and it expects that all secular and right thinking Muslims would openly come forward to end some of the grossly unfair traditions of Islamic personal law, just as most Hindus came forward to ban the practice of Sati.

This party does not think it necessary to interfere with innocuous elements of the personal law of a religion, but is in favour of banning of polygamy, unilateral instant divorce rationalizing the amount and practice of mehr in Islamic personal law.”