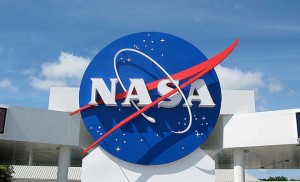 Plants within urban areas – along roads, in parks, and in wooded neighbourhoods – can regulate the urban heating effect which can raise the temperature of cities compared to neighbouring rural and semi-rural areas, according to a new NASA study.

The urban heat island effect has been observed to raise the temperature of cities by 1 to 3 degrees Celsius compared to neighbouring rural and semi-rural areas.

The rise is due to the presence of asphalt, concrete, stone, steel, and other impervious surfaces that absorb heat and disrupt the natural cooling effect provided by vegetation.

According to the NASA study, the presence or scarcity of vegetation is an essential factor in urban heating.

Using data from multiple satellites, researchers modelled urban areas and their surroundings in the US and found areas covered in part by impervious surfaces – city centres, suburbs, or interstate Highways – had an average summer temperature 1.9 degrees Celsius higher than surrounding rural areas.

In winter, the temperature difference was 1.5 degrees Celsius higher.

“This has nothing to do with greenhouse gas emissions. It’s in addition to the greenhouse gas effect,” said lead author Lahouari Bounoua, a climate scientist at NASA’s Goddard Space Flight Centre in US.

The study also quantifies how plants within existing urban areas, along roads, in parks and in wooded neighbourhoods regulate the urban heat effect.

“The amount and type of vegetation plays a big role in how much the urbanisation changes the temperature,” said co-author Kurtis Thome, also from Goddard.

In the study, data from various NASA satellites were combined with NASA’s Simple Biosphere model to recreate the interaction between vegetation, urbanisation and the atmosphere at five-kilometre resolution and at half-hour time steps across the continental US for the year 2001.

The temperatures associated with urban heat islands range within a couple degrees, even within a city, with temperatures peaking in the central, often tree-free downtown and tapering out over tree-rich neighbourhoods often found in the suburbs.

Bounoua and his colleagues used the model environment to simulate what the temperature would be for a city if all the impervious surfaces were replaced with vegetation.

They began reintroducing the urban impervious surfaces one percentage point at a time.

As the impervious surfaces surpassed 35 per cent of the land’s area, temperature began increasing, reaching 1.6 degrees Celsius warmer by 65 per cent urbanisation.

The study was published in the journal Environmental Research Letters.