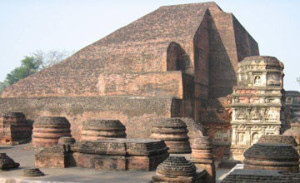 An expert team of International Council of Monuments and Sites based in Paris will inspect the ruins of Nalanda University and hold talks with Bihar government officials this week to decide a UNESCO World Heritage tag for the ancient site.

The Ministry of Culture through the Archaeological Survey of India had reportedly sent a nomination dossier on January 23 and officials and staff at ASI’s Patna Circle are looking forward to the team’s visit.

According to ASI Patna Circle’s Superintending Archaeologist, H A Naik an expert team from ICOMOS would be visiting Nalanda for the inspection of the ancient site and examine the details mentioned in the dossier.

The ancient seat of learning, said to be one of the world’s oldest universities, construction of which began in 6th century AD flourished under the Gupta Empire.