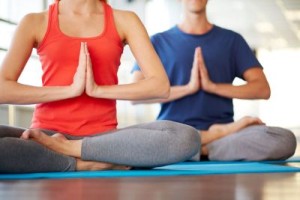 Researchers analysed all published studies on impact of religious and spiritual beliefs on cancer patients’ health – which included more than 44,000 patients.

“These relationships were particularly strong in patients who experienced greater emotional aspects of religion and spirituality, including a sense of meaning and purpose in life as well as a connection to a source larger than oneself,” said lead author Heather Jim, of the Moffitt Cancer Centre in US.

Jim noted that patients who reported greater cognitive aspects of religion and spirituality, such as the ability to integrate the cancer into their religious or spiritual beliefs, also reported better physical health.

However, physical health was not related to behavioural aspects of religion and spirituality, such as church attendance, prayer, or meditation.

“Spiritual well-being was, unsurprisingly, associated with less anxiety, depression, or distress,” said lead author John Salsman, who conducted the research while at Northwestern University’s Feinberg School of Medicine in US.

“Also, greater levels of spiritual distress and a sense of disconnectedness with God or a religious community was associated with greater psychological distress or poorer emotional well-being,” said Salsman, now at Wake Forest School of Medicine in Winston-Salem.

The third analysis pertained to social health, or patients’ capacity to retain social roles and relationships in the face of illness.

Religion and spirituality, as well as each of its dimensions, had modest but reliable links with social health.

“When we took a closer look, we found that patients with stronger spiritual well-being, more benign images of God (such as perceptions of a benevolent rather than an angry or distant God), or stronger beliefs (such as convictions that a personal God can be called upon for assistance) reported better social health,” said lead author Allen Sherman, of the University of Arkansas for Medical Sciences in US.

The research was published in the journal Cancer.