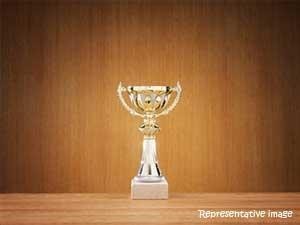 The prestigious William Harvey Award for 2015 in the field of Hematology has jointly been given to four scientists from the Jawaharlal Nehru Medical College of Aligarh Muslim University.

According to an official release of the AMU, Professor Saeedul Hasan Arif and Kafeel Akhtar from the Department of Pathology along with senior residents Shagufta Qadri and Suhailur Rahman have been given this award for their work in the rare Hemoglobin C disease (Hb C).

Those afflicted suffer nutritional anemia and do not respond to the treatment.

The findings of research team were published in the prestigious journal of Hematology and some other leading medical journals in the USA, the release added.