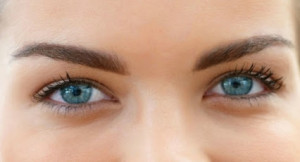 People with blue eyes might have a greater chance of becoming alcoholics, according to an interesting new study.

The study by researchers at the University of Vermont in the US is the first to make a direct connection between a person’s eye colour and alcohol dependence.

“This suggests an intriguing possibility – that eye colour can be useful in the clinic for alcohol dependence diagnosis,” said Arvis Sulovari, a doctoral student in cellular, molecular and biological sciences.

The researchers found that primarily European Americans with light-coloured eyes – including green, grey and brown in the centre – had a higher incidence of alcohol dependency than those with dark brown eyes, with the strongest tendency among blue-eyed individuals.

The study outlines the genetic components that determine eye colour and shows that they line up along the same chromosome as the genes related to excessive alcohol use.

Assistant Professor of Microbiology and Molecular Genetics Dawei Li has worked with physicians and scientists to build a clinical and genetic database of more than 10,000 individuals, mostly African Americans and European Americans, diagnosed with at least one psychiatric illness.

Many have multiple diagnoses of diseases, including depression, schizophrenia and bipolar disorder, as well as addiction and alcohol or drug dependence.

From that extensive database, Li’s and Sulovari’s study filtered out the alcohol-dependent patients with European ancestry, a total of 1,263 samples.

After Sulovari noticed the eye-colour connection, they retested their analysis three times, arranging and rearranging the groups to compare age, gender and different ethnic or geographic backgrounds, such as southern and northern parts of the continent.

The research is published in the American Journal of Medical Genetics: Neuropsychiatric Genetics (Part B).