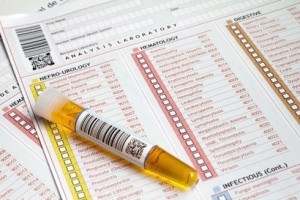 Researchers at the University of Freiburg in Germany have developed a method that involves determining the concentration of molecules that regulate cell metabolism which are often dysregulated in cancer cells.

These molecules, referred to as microRNAs, enter into the urine over the blood. By determining the composition of microRNAs in the urine, the scientists succeeded in establishing with 91 per cent accuracy whether a test subject was healthy or diseased.

The measurement was possible through the detection of only four microRNAs.

If the effectiveness of the method is confirmed in further studies, it could serve in the future as a means of monitoring the success of treatment and potentially also of making an early diagnosis of breast cancer, researchers said.

Currently, doctors have made breast cancer diagnosis by mammography or ultrasound and confirmed it with tissue samples.

However, these methods have been subject to recurring criticism due to radiation exposure, erroneous results, and the fact that they involve an invasive intervention.

In the study, Dr Elmar Stickeler, medical director of Senology at the Department of Obstetrics and Gynecology and head of the Breast Center at the Medical Center and his team measured the concentrations of nine microRNAs in the urine, short genetic sequences that regulate cell metabolism.

Four of the nine molecules exhibited significant differences in concentration between healthy and diseased test subjects.

“We discovered that the microRNA profile in the urine is modified in a characteristic way in the urine of test subjects with breast cancer,” said Stickeler.

“MicroRNAs should thus be suitable in principle for a breast cancer test,” Stickeler said.

The findings are published in the journal BMC Cancer.