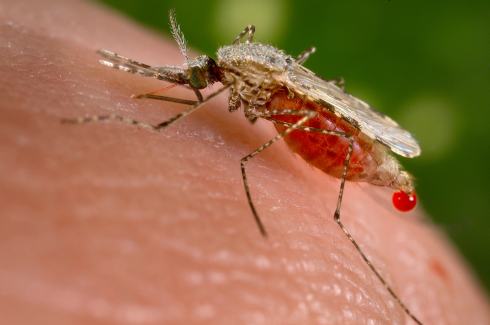 Researchers, including one of Indian-origin, have determined the genetic sequencing of 16 malaria causing mosquitoes, providing new insight into how they adapt to humans as primary hosts of the disease.

Cedric Chauve from the Simon Fraser University in Canada and his student, Ashok Rajaraman, used computational methods to reconstruct ancestral mosquito genomes and analyse their chromosomal evolution over the past hundred million years.

Their hope is to understand how chromosomes evolved and to unravel potential adaptation mechanisms that may be related to malaria transmission.

They also hope to determine the genetic differences between these species and others that are merely bothersome and not toxic.

While only mosquitoes belonging to the Anopheles genus species transmit human malaria, not all species within the genus, or even all members of each vector species, are efficient malaria carriers.

“This suggests an underlying genetic/genomic plasticity that results in a variation of key traits determining transmission capacity within the genus,” said Chauve.

“This is a very exciting project because there is no way we could sequence the genomes of long-dead ancestral mosquitoes species, without precious data from current species that was supplied by the biological team,” he added.

The multidisciplinary team consisted of over 100 biologists, immunologists, infectious disease specialists, computational mathematicians and geneticists from around the world.

While advances in malaria control have met with successes, the sequencing of these 16 new genomes will contribute to further understanding the genomic adaptability of mosquitoes in transmitting malaria, researchers said.

The findings have been published in the journal Science Express.