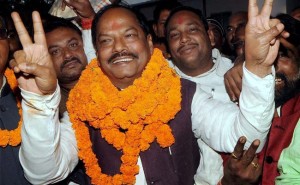 Addressing at a function in Jamshedpur, the Chief Minister said the state government has initiated steps to put the mineral-rich State on the path of rapid development.

He said, “Jharkhand will be one of the most developed states of the country and we are committed to ensure all-round rapid development of it in next ten years.”

The Chief Minister warned that the government will deal strictly with those who intend to violate the law and order. “We will not tolerate such forces as we will ensure that the law of the land must prevail in the state,” added Das.