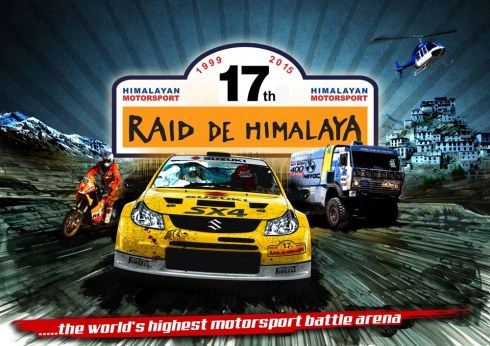 The 17th edition of ”Raid De Himalaya” would start on October 9 in Shimla, with 150 drivers and riders participating in the world’s highest rally.

Press release issued by the organizer said that raid would traverse through Manali, Dalhousie, and Rangdum before culminating in Srinagar on October 17th for the prize distribution ceremony.