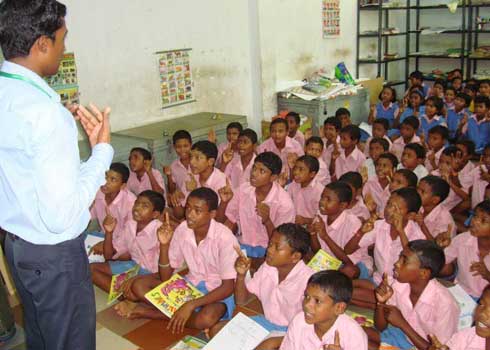 In a bid to curb high dropout rate in primary classes, the government schools in Jharkhand will now give Hindi and Mathematics lessons to students of Class one and three in their tribal mother tongue, said an Education Department official.

Lack of education and economic backwardness make the tribals the prime targets of Maoist outfits which lure young boys and girls to join their ranks.

According to school education and literacy secretary Aradhna Patnaik, the move for teaching in tribal languages was expected to bridge the communication gap between students and teachers, which in turn is likely to bring down the drop-out rate.

She said the education department has translated textbooks on the two subjects in Ho, Santhali, Mundari, Kudukh and Kharia languages for students of classes 1 to 3. The books will be used from the next academic session in 2016-17.