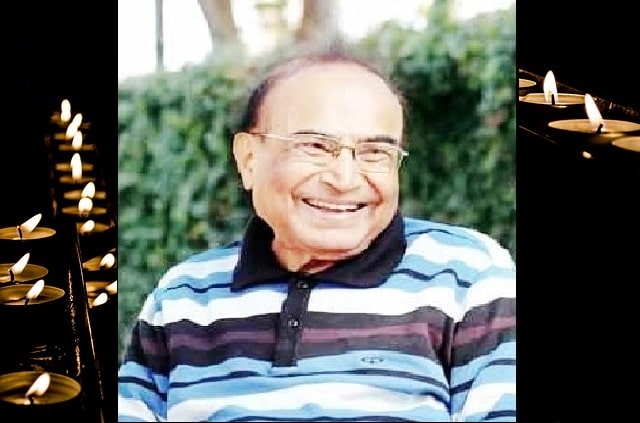 Dr.Krishna Kant Sinha, popularly known as K.K.Sinha among his patients, friends and fraternity, was born on Sunday, 11th January 1931, at a village called Maner, in Patna district of Bihar. His father was a teacher. His formal education began in 1935 when he was only 4 yrs old and he was put in Maner Lower Primary School.    Two years later, he was shifted from Std.II of Maner Lower Primary School to Std.V of Maner English High School.   In 1946 at the age of 15 years, he passed his matriculation with first division.  He passed his intermediate from BHU with first division in 1948 and in the same year took admission in the MBBS course at Darbhanga Medical College.   He passed MBBS in 1953 and had the highest marks in Medicine, Surgery and aggregate with a gold medal.  He was also awarded Honours in Medicine, a rare distinction even today.   He passed his MD Medicine from Darbhanga Medical College in 1956. For the next two years, he served in the Department of Medicine at Darbhanga Medical College as Resident Medical Officer.

In 1958, he went to England for his MRCP & advanced training.  The preparatory training program for MRCP at Edinburgh was highly educative and stimulating.  In the morning 8 to 12 noon theory classes were conducted and the afternoon session was marked for intensive clinical training in the wards of Edinburgh General Hospital and Royal Infirmary.  During the next three months, he had an exposure of more than 30 thousand slides in these lecture classes.  These lecture classes were delivered by all distinguished teachers of Edinburgh Medical University including the famous Stanley Davidson of Davidsons Principle & Practice of Medicine fame and Donald Hunter who was the Editor of the famous book of Robert Hutchison's clinical methods.    He was awarded MRCP in 1959 from Royal College of Physicians, Edinburgh.  For the next three years, he worked as resident and registrar in neurology & neurosurgery in various hospitals of the United Kingdom.

He came back to India in 1961 and was posted as a medical officer at Patna Medical College for one and half years.  Meanwhile, a new medical college had been opened in 1960 at Ranchi known as Rajendra Medical College and Hospital i.e. R.M.C.H.   He applied for it and was immediately selected and posted as Tutor in the Department of Medicine R.M.C.H.   He joined on this post 22nd July 1962 and he was the first teacher to join the newly formed Department of Medicine of this new Medical College.  Three years later in 1965 he was promoted to Lecturer in the same department and designated as Neurologist also.  In the same year he decided to hone his clinical skills further by an overseas trip and this time the destination was U.S.A.  In 1965 he went to USA and joined as a senior resident, neurology, at V.A.Hospital, Hynes Chicago affiliated to North Western University Medical School.

This was a 2800 bedded hospital, out of this 275 bed were marked for neurology.  He remained there for more than a year and came back next year.     By now, he started his full-fledged private practice which picked up very fast and his popularity as a good physician and neurologist became very high in the undivided state of Bihar and subsequently to the whole of eastern India. In 1976 on 29th February, Govt. of Bihar banned the private practice in three medical colleges namely Patna, Ranch and Darbhanga.   He couldn't afford to lose the huge base of private patients which had been created over the years. Six days later on 6th of March 1976 he resigned from the service without any hesitation.   Even after leaving the medical college he didn't allow his interest in academics to get subdued.  He started an organization called Academic Medical Forum, only of its kind in the city of Ranchi whose main purpose was to update the private practitioners of city with latest developments of medical science by holding weekly and fortnightly clinical meetings, a practice still being continued by this forum.

In 1984, he started publishing a journal Physician India which continued for two years.   This journal was noticed by executive committee members of Neurological Society of India  NSI and in 1984 during the national conference of NSI at Varanasi, he was given the charge of publishing the CME book of Progress in Clinical Neurosciences and convening the CME programs.  Next year in 1985 at Patna during the Annual Conference of NSI, first time a two-volume hard bound CME book of NSI Progress in Clinical Neurosciences was released containing state of the art articles mostly contributed by authors from abroad who were the masters of their on fields. The book had very high quality of printing in a very impressive get-up.   This endeavour was highly appreciated in fraternity and he was entrusted to continue the publication for next consecutive six years i.e. 1985 to 1990.  In 1990 when the Association of Neuroscientists of Eastern India  ANEI was formed he became the founder secretary of it and continued till 1997.   He was given the chance to organize its CME program which he continued uninterrupted till 2004. During the 1st CME program of ANEI held at Ranchi in 1991 he began publishing CME book Advances in Clinical Neurosciences as founder chief editor which continued uninterrupted for 14 editions till 2004.  From 2000 to 2004 this was supplemented by an additional book Some Aspects of History Neurosciences of which 4 editions were published and he was again the founder chief editor.

*He has published 27 books as chief editor and they are:

Movement Disorders 2012  one volume monograph published by The Association of Physicians of India.

He has more than 225 publications in National and International Journals.  His main areas of interest in research are hereditary ataxia in Eastern India, Japanese Encephalitis in Eastern India, Movement Disorders, Parkinson's disease, Wilsons disease & Hereditary and Genetic Disorders of the Nervous system.   His extracurricular areas of interest are:  History of India, History of Medicine and medical events, Gardening and social service work.  Presently he was continuing to work as a consultant neurologist at Ranchi and serving the mankind, his first and foremost passion. He left for heaven today 26th April 2019 at 10am. May his soul rest in peace.