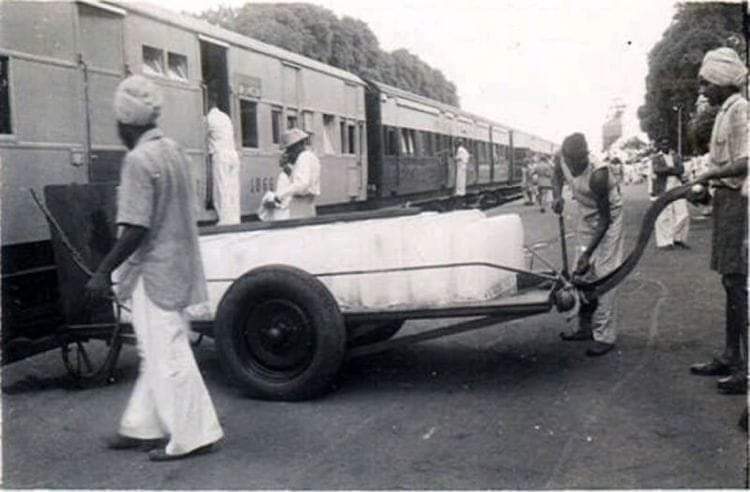 The first Indian train to get an air-conditioned car, which started running in 1934 was the Frontier Mail. The airconditioning system then was basic, unlike the thermostat-controlled powerplants we see today.

In those days, ice blocks were used, carried in sealed receptacles built beneath the car floor, which were replenished at several halts along the line.

A battery-operated blower constantly blew air into these receptacles, and the cold air entered the insulated cars through vents.

Though it was very basic and messy, the effect was very pleasant. It was luxury at its best then.

Imagine today if huge ice blocks were pushed into the underfloor ice receptacles at every other stop, how intimidating it would be.

The picture shows the Ice supply for the air conditioning in the First class coach of the Frontier Mail at Bayana Junction on 11.09.1942.