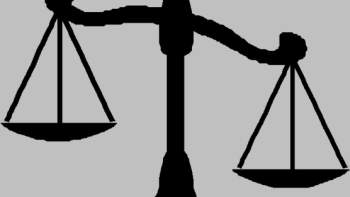 Drug cheats in sports and the corrupt in other spheres of life have one thing in common—-those who are caught plummet down the social ladder and those who aren’t continue to enjoy social status.

The latest sporting victim falling from grace is the diminutive Indian boxer Vigendra Singh.He has already been questioned and blood samples taken after his training partner Ram Singh accused him of being a drug cheat.

Singh says that many boxers allegedly procure heroin from a drug peddler, Anoop Singh Kahlon, was arrested in Punjab recently after drugs worth Rs 130 crores were found in his home. A car of Vijender’s wife was parked outside the residence of the peddler.

Vijendra, who lost in the quarter-final at the 2012 London Olympics, claimed that neither he has any link with the drug peddler nor he had taken any performance enhancing drugs to excel in boxing.

Vijendra is not the only player to deny initially and subsequently breaking down at a later date following intensive investigations and interrogation.Recently,the cyclist Lance Armstrong disgraced himself by confessing to taking performance enhancing drugs during an interview with celebrated host Oprah Winfrey in a TV show.

“I have taken the performance enhancing drugs to gain an edge on his competitors,” he told Winfrey after the 41-year-old remained in a denial mode for years till all his seven Tour De France titles were taken away last year.

Martina Hingis, who became the youngest world No 1 in 2007 and won five grand slam titles, shook the Tennis World when she admitted testing positive for cocaine during the Wimbledon Championships the same year.But after winning a grand slam in 1997,she had to retire from Tennis after her confession.

The same fate haunted Argentine football great Diego Armando Maradona. He was suspended from football for 15 months in 1991 after failing a drug test in Italy.The football legend was sent home from the 1994 World Cup in the USA after testing positive for a drug.

Australian leg-spinner Shane Warne was banned for a year after being found positive for drugs weeks ahead of the 2003 World Cup.Not the least,five South African cricketers were caught smoking cannabis in a hotel room after they celebrated a win over the West Indies in Antigua 12 years ago, and were fined by the team management.

Former England fast bowler Ed Giddins was banned for 19 months after testing positive for cocaine in 1996. He retired after being banned for five years for betting on his team to lose a match.

One of the all time all-rounders Ian Botham of England was banned for three months by the Test and County Cricket Board in 1986 after he confessed that he had smoked marijuana.

Botham’s former teammate Phil Tufnell, a spinner, was kicked out of the 1996-97 New Zealand tour for using alleged use of cannabis.

Tufnell was later cleared by the England management but was fined and given a suspended ban for failing to give a sample for drug test.

The biggest drug scandal that shook the sporting world as well as the political leadership worldwide was when Canadian sprinter Ben Johnson was sent home from the 1988 Seoul Olympic Games in disgrace.

He was stripped of his 100m gold medal after testing positive for drugs. He won the event with the then world record of 9.79 seconds.

These cases prove that there is no difference between these drug cheats who have got away from being caught and many “corrupt” politicians who remain beyond the reach of the long arm of the law.

The most shining example are officials and fodder suppliers.Many of them are cooling their heels in jail while one of the allegedly chief conspirators former Bihar Chief Minister Lalu Prasad is enjoying taking barbs at his political rivals in the Parliament.Shame!