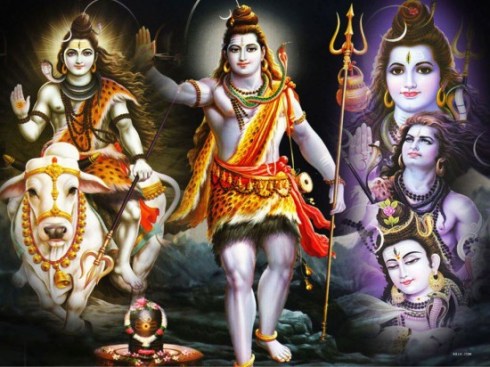 By B.K.Nirmala: The Maha Shivaratri (Shiva Jayanti) is coming near. We celebrate it every year. Once again we are full of zest to celebrate this carnival. What is it about? What is the secret behind it? Who is Shiva actually? What is contrast between Shiva and Shankar? How His divine birth takes place? What He does? What are His the divine acts?

As a matter of fact; all the festivals which we celebrate are symbolic only. They have some psychological, social or spiritual denotation. Something had happened as a new paradigm has some meaning in itself. At length, we forgot the real events happened. A vague print remains in our mind. Some thinkers created the myths and started to celebrate accordingly.

The extremely degradation of spiritual and moral values is called as a dark time of world time cycle. The night is called as ‘Ratri’ in Hindi language. As we say that when there is no sun then the darkness is there. The Ratri terms as total darkness, no sun light. Complete darkness.

All kind of pollutions (mental and environmental) at its extreme level is a sign of complete darkness. All vices are at extreme. At the end of the world time cycle the inner potential has been lost in human beings. It is the time of degeneration of human spiritual and moral values in the world. Now there is a darkness of values in the world.

We may call it the divine (incarnation) birth of God Shiva take place in corporeal medium of human being (Brahma baba). God Shiva through the medium of Brahma baba. He teaches us again ‘Rajayoga’ which is very well known as ancient ‘Rajayoga’ of the Bharat (The India). He also reveals us the knowledge of soul, matter and the Supreme. These are His divine acts.

Thus He does His divine acts – Creating, Sustaining and Destroying. Through this spiritual knowledge and Rajayoga He Creates a new world order, sustain by incorporati the divine virtues in human being. As a result of this and as per the natural phenomena the destruction of old vicious world takes place.

The God Shiva is incorporeal (incognito), a divine infinitesimal point of divine light. He does not take an ordinary birth like the human beings. He is almighty authority and competent to take His divine birth by controlling the sense organs of corporeal medium, the human being. He is the ingenerate one. Later on, He himself named him a divine name as ‘Prajapita Brahma’. It is His divine birth. It is therefore has been mentioned that He is unborn.

Some people believe that the Lord Shankar during his penance would take the hashish and would lie down intoxicated on the top of Kailas Mountain. This again has been misinterpreted. As per misinterpretation they traditionally take hashish or some kind of narcotics on this day and feel intoxicated mentally as well as physically? In fact we require the spiritual intoxication. By cogitating of jewels of divine knowledge we can get ourselves spiritually intoxicated. By having this kind of intoxication all kind of waste thoughts would be vanished. We would be able to forget all about the past. The net result would spiritually be enormous. We would be able to get rid of past bondages. mental tuning to the God Shiva would be easier.

This Shiva Jayanti occasion again reminds us all about the awareness. The awareness of the self and end point of world time cycle. It makes us recalled the importance of light of knowledge and the power of Rajayoga. It is the time when He Himself is dispensing the fortune to all of us. It reminds us to spare the time as much as we can and let do furnace (penance) sincerely (Tuning mind with the source of spiritual power, the Shiva) and remove the darkness of mind. It reminds us to let our mind tuned with the Supreme Father Shiva; the source of spiritual energy.

It also reminds us to impart His divine message in mass to the entire world. It reminds us to feel gratification spiritually and glorify the Supreme Father Shiva. The God Shiva is the universal light. He is supreme father of all souls. Therefore this Shiva Jayanti festival is supposed to be celebrated by the entire universe. Thank you.