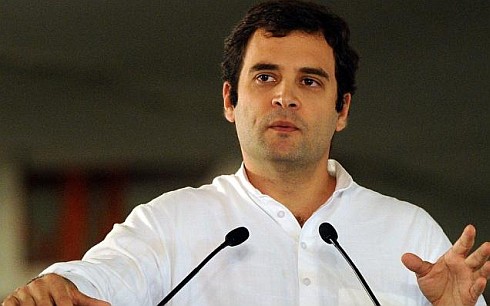 It was his first interaction with the media at the Press Club in New Delhi today when the Congress General Secretary Rahul Gandhi spoke against his own party led government’s Ordinance protecting the convicted law makers.

“”My personal opinion about the ordinance on convicted lawmakers is that it is complete nonsense, it should be torn and thrown away. I personally think that whatever the government is doing on this ordinance is wrong,”said Rahul in response to a query.

“We can’t make such compromises if corruption is to be defeated,” he said.

His opposition to the Ordinance comes at a time when the Ordinance awaited Presidential accent and the Congress MP Ajay Maken talked in its favour even as the Opposition BJP led by Raj Nath Singh had appealed to president Pranab Mukherjee not to clear it.

Now the ordinance is likely to be withdrawn.