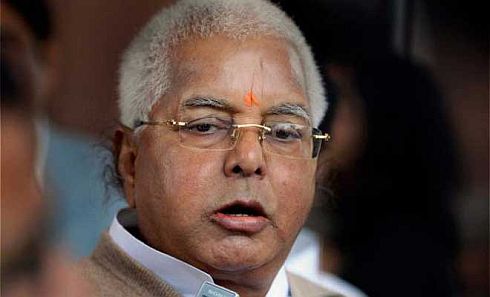 More than a fortnight after a CBI Court convicted them among others in a case of fraudulent withdrawal of Rs.37.70 crore from Chaibasa treasury in the then undivided Bihar during 1994-95,Lalu Prasad Yadav and Jagdish Sharma were oday disqualified from the Lok Sabha.

While Lalu was RJD’s MP from Saran,Sharma was JD(U)’s MP Jahanabad in Bihar.Both of them among 45 accused in the case were convicted by the CBI court on September 30.

Their disqualification mainly owes to Congress’s Vice President Rahul Gandhi.Oppositing the party’s stand and Ordinance,he stood by the Supreme Court’s July 10 verdict mandating immediate disqualification of lawmakers who were convicted for criminal offences punishable with a jail term of more than two years.