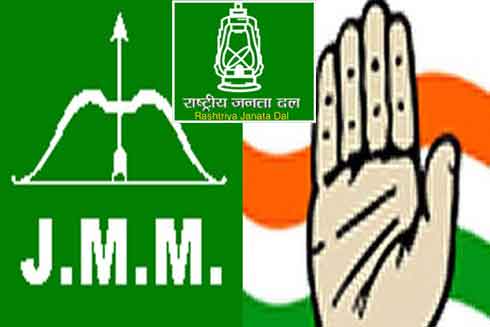 Congress broke its alliance with JMM in poll-bound Jharkhand on Friday.

According to party general secretary B K Hariprasad, it has now decided to join hands with Rashtriya Janata Dal and Janata Dal (United).

More than a year long alliance between the Congress and JMM reportedly broke following differences between the parties over seat sharing.

Meanwhile the AJSU has said it would ponder over if any party proposes a pre-poll alliance with it for the Assembly elections in Jharkhand.

The party’s Parliamentary Board meeting, chaired by party chief and former deputy Chief Minister Sudesh Mahto, has decided that if any party extends alliance proposal it would decide over it.

Reportedly the party has also decided to announce the first list of candidates for the November 25 first phase elections to be held in 13 seats, for which notification was issued on October 28.