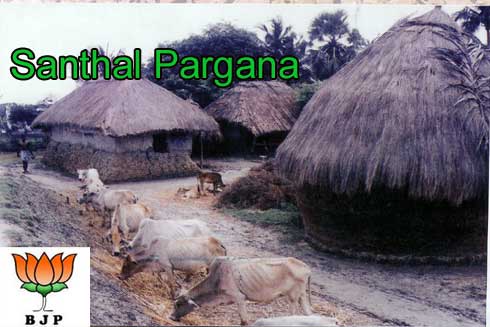 The Bharatiya Janata Party, which is riding high on Modi wave, may find it difficult to invade the tribal-dominated Santhal Pargana during next month’s polls. Two of the 13 Lok Sabha seats in Jharkhand that the BJP lost in 2014 despite a strong Modi wave fall in this region.

Santhal Pargana is considered to be the traditional stronghold of Jharkhand Mukti Morcha. The region has 18 Assembly and three parliamentary seats.

Hemant Soren has currently 10 MLAs from this region. For the upcoming elections, he has fielded candidates on 14 of the 18 seats, with several old hands and heavyweights of the party rejoining it. Homecoming of Stephen Marandi and Hemlal Murmu’s  has strengthened JMM’s poll position in Santhal Pargana.

Party heavyweights are trying to convert Santhal Pargana into an invincible fort.In fitness of things, JMM has not denied tickets to the existing MLAs to prevent rivalry.

It will be interesting to see how BJP’s star campaigners lure voters in the tribal-dominated region. Modi is expected to hold five rallies in the Santhal Pargana.