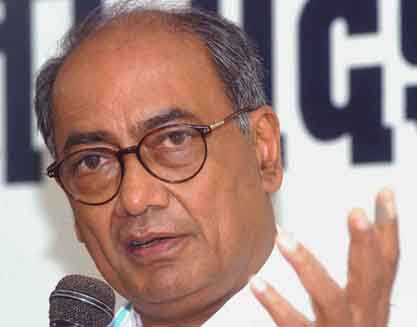 Congress General Secretary Digvijay Singh today asked Naxals to give up violence and join his party. He said on the sidelines of the ongoing Goa state Congress ‘Chintan Shibir’ that they should come in the mainstream like Maoists in Nepal, who left the path of violence and joined the mainstream of participatory politics. Naxalites should follow that.

“If they feel the Congress is the right party, then they should join it”,  added Singh.

He had reportedly made a similar statement during the recent poll campaign in Jharkhand and was criticised by the Bharatiya Janata Party MP in the Lok Sabha.

He, however, said he stood by what he had mentioned during the Jharkhand poll campaign.