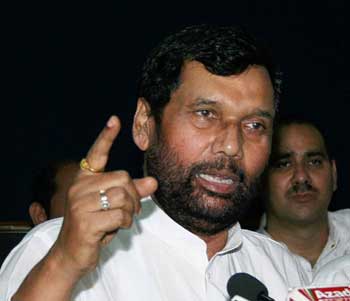 After aligning with NDA before the Lok Sabha elections, LJP chief Ram Vilas Paswan has now ventured to gain a foothold in Jharkhand. His party is contesting the Shikaripara seat in Dumka in alliance with the Bharatiya Janata Party and has fielded Shivdhan Murmu from this seat.

But this seat in Santhal won’t be an easy task as the region is Naxal affected and considered to be a stronghold of the JMM which has won the seat five times in a row.

How Paswan will play his Dalit card on the tribal dominated seat remains a big question. The final phase of voting will take place on December 20 and the counting will be held on 23.