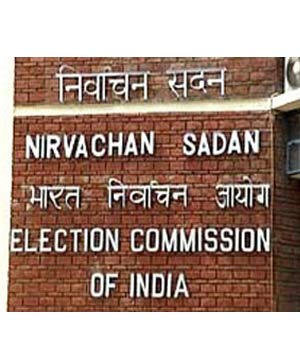 Campaigning for the final phase polling for 16 Assembly constituencies in Jharkhand ended today. According to the Election Commission official the polling will begin on December 20 at 7 a.m. and end at 3 p.m. all the constituencies.

As many as 208 candidates, including 16 women will test their luck in this phase of polling, an EC release said.

Of the 16 seats, nine are general, while seven are reserved for tribals. With 2,91,379 voters, Pakur is the largest and Barhait is the smallest with 1,85,679 electorate.

Nala has a maximum 19 candidates, while Litipara has the least number of eight nominees.

Counting of votes will take place on December 23.