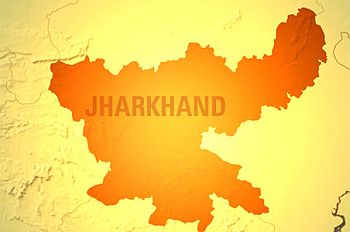 Chief Minister designate Raghuwar Das has promised to make Jharkhand corruption-free and run a transparent government for the development of the state.

“Development of Jharkhand is my priority. All sections, including tribals, minorities and others, are on the development agenda,” he told reporters in Ranchi after his elevation as the BJP legislature party leader.

He said, “There are a lot of problems in Jharkhand which need to be solved and the development base in the state needs to be strengthened. The basic necessities of the people of the state such as water, electricity, road, health, irrigation, law and order are lagging behind.”

“The people of Jharkhand voted for development and I assure them that we will run a transparent government and make it corruption-free within five years,” he added

Taking a serious note of the problem of corruption in the state, Das said that he will work to eradicate it so that Jharkhand can earn back its ‘lost’ respect

Born on December 18, 1954 in Jamshedpur, Das, a law graduate, has been with the BJP since 1980.
He was elected as a legislator for the first time in 1995 from Jamshedpur East to the then Bihar State Assembly.