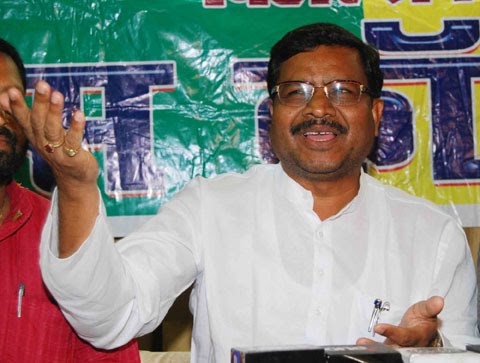 Marandi was the first Chief Minister of Jharkhand when the state was formed in 2000 and later, he floated his own party JVM.

Reportedly, the Bharatiya Janata Party had made an abortive bid to win back Babulal Marandi before the Jharkhand elections. But after BJP won the assembly elections, it seems Marandi has his mind and decided to join the government instead of sitting in the opposition. His party has eight MLAs in the Assembly.

With 37 MLAs, BJP formed the government in alliance with AJSU which has five MLAs in the 81-member assembly.