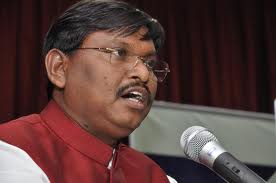 With chief minister Arjun Munda gearing up to proceed on road yatra on October 16,the stage is set for mobilising public opinion against the Manmohan Singh government at the Centre.This will be the first time since the ruling BJP in Jharkhand started enrolling membership to conduct organizational polls at the divisional and the district level by mid November that Munda has organized his yatra.In the past,his two yatras were held when incidents of violence perpetrated by the Maoists were a routine.

This time,when the Maoists were on the run,Munda’s yatra coincides with his party BJP’s plan to start a drive against the UPA II government.The twin programme was apparently motivated by the prospect of the Lok Sabha polls next year.

Which is why perhaps the BJP’s state unit has decided to hold workers’ meetings at the district level between October 10 and November 10,followed by as many as 24 rallies.

In a meeting held at the CM’s official residence in Ranchi yesterday,the party’s district heads discussed a programme to enroll members,verify their bonafides and hold organizational polls for the office bearers at the divisional and district levels before November 15,Jharkhand’s 12th establishment day.

Each of these rallies is planned to be held against the price rise,corruption,approval of FDI in retail and curtailment in LPG cylinders by the Manmohan Singh government.The first such rally is to be held in Ranchi on October 12.This rally will be addressed by the Party’s senior leader Kalraj Mshra.

Along side,before kick startng his yatra,Munda told party’s leaders,MLAs and MPs that now onwards,the state government’s plan,which was prepared in the state capital till now,will be conceived at the district level.”The views of the people will be gathered and all development schemes will be adopted after weighing the needs and requirements of the poor people”,said Munda