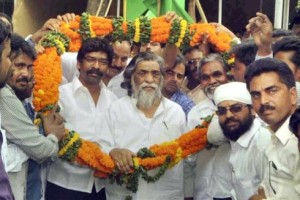 While Soren remains its President,his wife Rupi Soren holds the post of Vice President,son Hemant Soen,ex Chief Minister,works as its Acting President,another son Basant Soren as President of its youth wing-Yuva Morcha and daughter-in-law Sita Soren as its General Secretary.

A decision toward this end was taken in the 10th “Maha Adhiveshan”of the JMM held in Jamshedpur on Sunday.