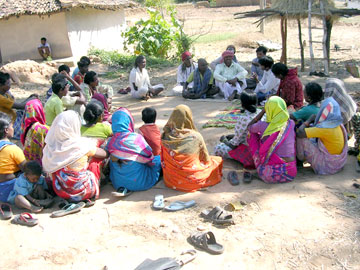 Jharkhand leaders across political parties hailed the appointment of Draupadi Murmu, a BJP leader from Odisha,as the Governor of the state.

They have described it as a moment of honour for the Santal community. Jharkhand People’s Party president Surya Singh Besra said it was a great honor for Santal community because she was the first Santal to be nominated as Governor in the country,

Besra congratulated Mrs. Murmu and wished her a great tenure ahead. JMM vice-president and former minister Champai Soren said, “We are happy about Murmu’s appointment as Governor.”

BJP leader Salkhan Murmu said that it was a historical and positive step to nominate Murmu as the Governor of Jharkhand.

Salkhan Murmu, whose Jharkhand Disom Party merged with the BJP, said the new governor would have to ensure enforcement of constitutional provisions to safeguard the interests of tribals.