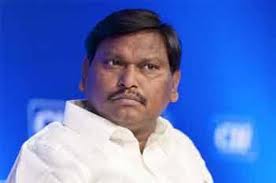 If a state bureaucracy were to float a global bid inviting schemes meant for development of all sections of the people,guess who will win it.The answer:Arjun Munda,Jharkhand’s chief minister.Consider his log of schemes:Last year,he used the establishment day-November 15- to adopt Ladli Laxmi yojna and declared 2012 as the year of girl child.Ofcourse,the yojna envisaging payment of cash incentives to the girl child, first conceived and implemented by the Madhya Pradesh government,which had benifitted more than 40,000 girl child in Jharkhand till September 1,had not even taken off in some blocks of the state as the year is about to end.

Before he survived the helicopter crash early this year,he,instead of holding Janata Darbar to address the grievances of the people,launched a wbsite-Aapka CM.com-to register their complaints and if found genuine,solve them on line.Though no body knows how many people had lodged complaints and how many among them had got the relief,the website continues to function and register complaints 24X7.

October 9:Rs 63.895 crore scheme-Jeevan Asha yojna-was unveiled by him.Under the scheme,malnourished children were to be identified,food and medicare provided to them and a system was to be evolved to keep a track on them at the community level.

October 10:IIM-Ranchi was asked to prepare a road map for skill development of the youth in the state.The aim was to make the youth self employed by making use of their traditional and indigenous capability and enterprise.

October 11:Announcements-2013 to be observed as the year of the youth;make the state surplus in power generation in 2013;complete work related with construction of transmission grid in next two years to facilitate un- interrupted power supply to towns and villages;every town to have a ‘ring road’;digital ration card for 35 lakh BPL families by the end of this year;and Aadhar to be used for distribution of bi- cycle and subsidized food through PDS shops.

The problem is that in this state many promises were made and not kept by the successive governments during the past 12 years.This had created a sense of pessimism among the people.”Mundaji may be trying to deliver.But I am not sure if many of those thoroughly corrupt and incompetent officers who were supposed to implement them will let him translate these schemes into reality’,said Sushil Hansda,a school teacher.

But Munda,who is still to completely recover from the pain in his spine-caused by the chopper crash-and whose term ends in 2014,looks determined.

”With God’s mercy we(including his wife Meera)have survived.This has given me enough strength to dedicate my life for the cause of people.Though the task of governance and institution making is time taking,we will work together as a team to make our state the most advanced and prosperous in the country”,Munda toldwww.jharkhandstatenews.com.