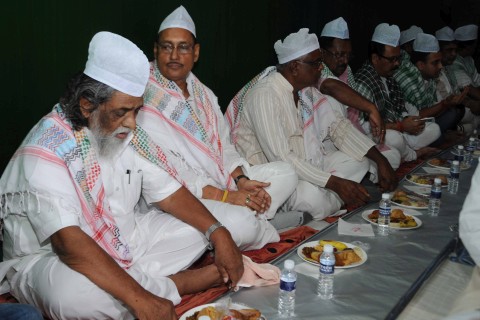 In this month of Eid-ul-Fitar festival which started on the first day of the month of Shawwal (or Shawwl),many politicians conveyed greetings to Muslims.

As Muslims attended prayers and listened to a sermon at Eid al-Fitr,the politicians gave charity known as zakat al-fitr during Ramadan.

So did Muslims during Eid al-Fitr. Zakat al-fitr consisting of a quantity of food, such as barley, dates, raisins or wheat flour, or its monetary equivalent given to poor people in the community.

In Ranchi,Jharkhand Mukti Morcha (JMM) Chief
Sibu Soren along with his son and former Chief Minister and opposition
leader Hemant Soren and other senior leaders hossted and attended an Iftar Party at Morahabadi in Ranchi on Wednesday.