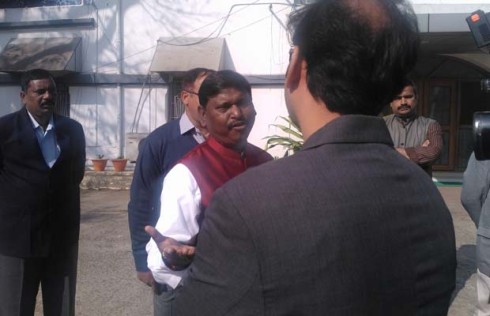 BJP leader and former Chief Minister Arjun Munda today left for Bhagalpur to campaign for the party candidates in Assembly elections in Bihar.

Munda,who was selected by the BJP as a star campaigner,is slated to camp in Bhagalpur for three days.

During October 7-10,Munda is slated to visit and address election meetings at a number of places there including Pirpainti,Belhar,Katoria,Banka,Jhanjha,Sikandra and Jamu,it is learnt.