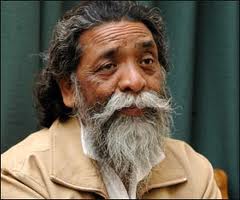 In a move to strengthen JMM,its president Shibu Soren has appointed his daughter in law Sita as chief convenor of the party’s women wing.Sita,wife of Soren’s late eldest son Durga and party’s MLA,was a dissident within the party being led virtually by Soren’s second son Hemant,who is Deputy CM.Her main complain was that Hemant did not consult her or Soren before taking decision within the party.

Hemant had denied the accusation and claimed that all was well within the party.Now,Sita too had reportedly accepted her assignment.”We will work for the party”,she told her associates this morning.

Soren had set up a 12- member committee to organize women in Jharkhand.While Sita was its chief convenor,other convenors appointed by him include-

JMM’s secretary Madan Nayak said:”All of them were directed to set up district committees as soon as possible.”