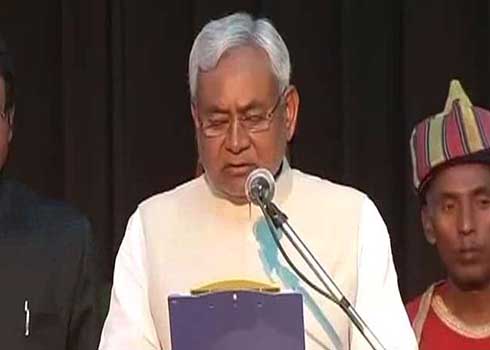 Governer Ram Nath Kovind administered the oath of office and secrecy to Kumar at the mega event in Gandhi Maidan where a galaxy of top national and regional leader including Congress vice-president Rahul Gandhi and nine Chief Ministers of different states were present.

Immediately after Kumar, Tejashwi Prasad Yadav, son of RJD chief Lalu Prasad Yadav, was administered oath of office and secrecy by the Governer fuelling speculation that Tejashwi Yadav would be the Deputy Chief Minister.