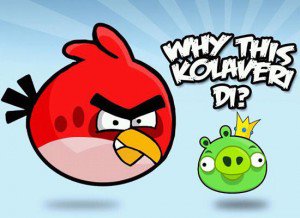 Nothing is more worrisome than the fact that while the top brass of the judiciary advises all and sundry to practice patience and be a good listener to bring the nation to harmony with its diverse population,some illustrious members of the Executive seemed to be on their own ego trip.The importance of patience on part of a government functionary was emphasized by Chief Justice of the Supreme Court Altamas Kabir in Ranchi on Ocotober 13.Addressing a meeting of judges and judicial officers,he said:”Patience is virtue. One has to listen to the people patiently to deliver excellence in judicial matters.”

His observation came barely a week after Chhatisgarh Chief Minister Raman Singh faced the charges of getting a person beaten by the cops.In fact,a 28-year-old youth Congress activist of the Chhastisgarh unit, Anwar Hussain, had alleged that he was arrested and brutally beaten up by the cops after he had questioned Singh at a farmer’s rally in Raipur on October 7.

When Hussain questioned the chief minister on issues connected with his government’s agricultural policy in the presence of Union Agriculture Minister Sharad Pawar, Singh  ordered the police to take him away saying he was drunk.

Sadly,Singh failed to realize that his undemocratic action would only leave the youth with a rupture in his ear drum following the beating he received from the cops.But this was not an isolated case of the state functionary losing patience to turn undemocratic.

Union Law Minister Salman Khurshid did the same.As if he was infected by the ‘Kolveri Di bug’ on October 16 when he dared anti-corruption activist Arvind Kejriwal to visit his home town Farrukhabad and let him also return from Farrukhabad, a rhetoric interpreted by Kejriwal as a threat to eliminate him for accusing the minister and his wife of corruption.

“Let them come and visit Farrukhabad. But let them also return from Farrukhabad. I have been made the law minister and asked to work with the pen. I will work with the pen but also with blood,” Khurshid had said soon after Kejriwal and a TV channel broke news that his NGO—Dr Zakir Hussain Memorial Trust— had ‘bungled’ funds in the name of supplying materials for the handicapped.

This is not all.West Bengal Chief Minister Mamata Banerjee had got an academic arrested for lampooning her in the social media.Subequently,she had directed the police to arrest a farmer who had the audacity to ask her a question at a public meeting at Belpahari.

Banerjee, who had soft corner for the Maoists during the left-front rule in the eastern state,had dubbed the farmer as a ‘Maoist’ and had got him handcuffed.
These cases not only damage reputation of the elected representatives,but also erode legitimacy of democratic system.So much so that disgruntled citizens preferred to vent their anguish by hurling  shoes at the then Union Home Minister P Chidambaram, senior BJP leader L K Advani and Bihar Chief Minister Nitish Kumar and even slapped Union Agriculture Minister Sharad Pawar.

A quote by Swami Vivekanand can sum up the quid pro quo between the executive and the voters —–“Can there be anything worse than losing sight…..Yes, losing vision.”