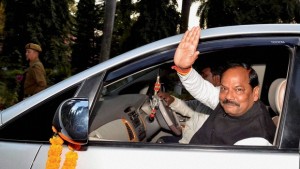 He asked former chief minister Hemant Soren, who criticised the state Budget, to know the meaning of struggle and poverty before politicising development schemes.

“I alone know the struggle in my life as a mazdoor (labourer). I can’t compromise on the interests of the poor as I had seen poverty from close,” added Das.

Coming down on the Opposition for repeatedly highlighting tribal interests being “compromised due to a non-tribal Chief Minister,” the chief minister asked them what welfare works had been done in the last 15 years?

He said issues like education, rural irrigation, employment, welfare programmes for the poor in rural areas should be kept away from politics.